Memorial Tribute to Will Tissue

Memorial Tribute to Will Tissue 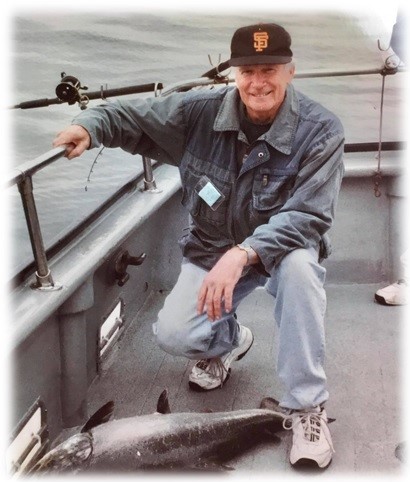 Willard Lester “Sonny” Tissue was born on August 25, 1936 in Garfield, Washington to parents Altha Lester Tissue and Fern Adelaide Willard Tissue. “Sonny” grew up in Spokane, Washington, the oldest of 2 brothers, Mike and Dick. In elementary school he learned the fun of Country and Square dancing and continued it through High School with The Silver Spurs, a teaching and touring exhibition group.  In his youth he added baseball and learned to hunt, fish and Do-it-yourself from his Dad. He became proficient in all.

In 1954 he took ROTC and Civil Engineering at Washington State University, Pullman, Washington and graduated with a BSCE degree in 1959.  He was President of the WSU Square Dance Club and took up calling Country & Square Dances to pay tuition. He met Sharon at the Club and they were married August 3, 1958. In March 159 they traveled to Massachusetts where 2nd Lt. Willard Tissue reported to fulfill his ROTC obligation with the Army Security Agency, first at Fort Devens, Massachusetts and then at Arlington Hall Station, Virginia, ASA Headquarters.

Their first daughter, Kim, was born Feb 13, 1961 at Fort Belvoir, VA, just before he was  promoted to 1st Lt and discharged from his duties. He then took his first Civil Engineering position with Washington State Highway, Bridge Division, Olympia, WA and designed several bridges throughout Washington, including Spokane.  Their second daughter, Sandy, was born Sept 9, 1962 in Olympia, WA.

In 1964 Will took a job with Bechtel and the family moved to the Bay Area and in 1967 bought their Lafayette home.  Will became a very versatile Civil Engineer with a broad background in management and engineering of a variety of highway, transit, railroad, industrial and government projects. “Head- Hunters” pursued him, offering promotions with many Bay Area design firms  He retired from URS Greiner as VP Office Manager in 2000.  Will and Sharon particularly welcomed the arrival of Grandson, Chris, born June 7, 1985 in Walnut Creek, CA.

Will enjoyed travel in Finland, Tanzania and Italy and work in Romania, Australia, and the US but especially if it involved fishing. So the family enjoyed Fish Camps in Canada, Halibut fishing in Homer, Alaska, Tuna fishing in the Pacific off of Acapulco and trout in Idaho, Washington and Northern California.

He loved his family and his church family, serving as Council President, usher, greeter and supporter of New Life Band: Mission to Youth & Students, Tanzania. He was involved with Vietnamese Resettlement and maintained a lifelong relationship with his “4 adopted” Vietnamese kids.  He was supportive of efforts to free a falsely imprisoned distant family member which led to exoneration by the State of California.  His family said he was the “best, husband, Dad, Uncle anyone could have.” His colleagues praised his leadership.

We thank God for the life of “Sonny, Willie, Willabe, Will, Honey, Grandpa” who passed into the loving arms of God, July 28, 2020. He was buried at the Sacramento Valley National Veterans Memorial Cemetery in Dixon, California.